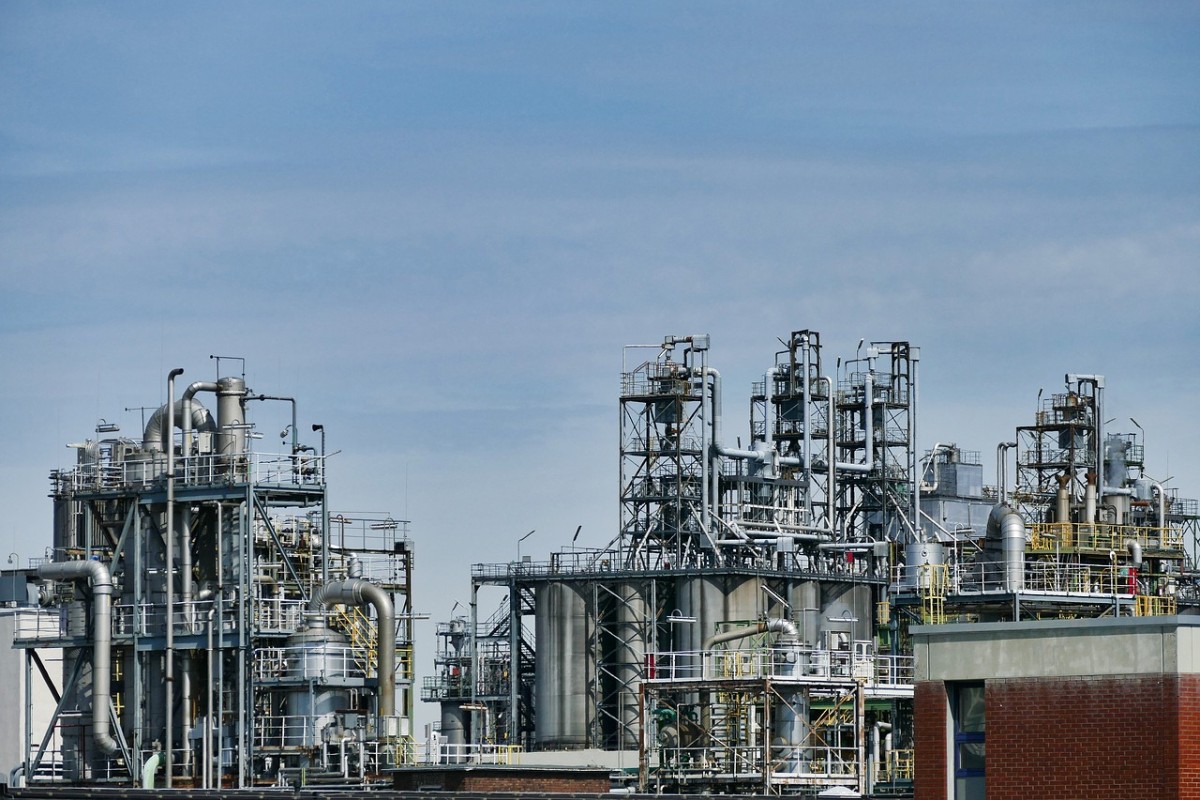 The COVID-19 pandemic and accelerating green growth around the world have eviscerated many of the oil industry’s dogmas: that renewables would suffer from high costs, that governments would slow-walk environmental commitments, that investors would continue to reward long-term bets on oil with generous market values.

But one nugget of wisdom has survived everything the market has thrown at it, and now oil companies like ExxonMobil and Shell are wagering billions on it: that the world’s demand for plastics is still growing, with no end in sight.

Only around 9% of all the oil pumped from the ground is consumed in petrochemical plants to make plastic, making it a relatively small part of the oil industry’s bottom line. But the consistent and prodigious rate of demand growth for plastics has made it an appealing investment: between 1971 and 2015, plastics production grew more than twice as fast as global gross domestic product (GDP).

That may only be the beginning, if forecasts are to be believed. The Paris-based International Energy Agency (IEA) expects plastic production to reach some 540 million metric tonnes by 2040, an increase of more than a quarter from current levels. That demand increase would account for around 45% of total oil demand growth, the largest single component of oil demand, the IEA believes. (BP reckons it is closer to 95%.). In other words: even as demand for gasoline or jet fuel is seen stagnating or falling, plastics demand will only continue growing, underpinned by growing consumption in populous and fast-growing nations like India and China.

Even the COVID-19 economic crisis, which decimated gasoline and jet fuel demand, has not halted plastic’s momentum. In May, consultants at McKinsey declared petrochemicals the industry’s one clear “bright spot.” The pandemic is expected to trim petrochemicals demand by around 4% this year, but demand for packaging plastics, the largest single component of plastics use, remains robust and many believe that growing use of cars and electronic devices, each filled with plastic parts, will ensure a swift return to the usual annual growth. “We feel very well positioned in that business,” said an ExxonMobil XOM +1% executive on an earnings call in July, referring to petrochemicals.

Rosy forecasts in hand, oil firms have plowed hundreds of billions into petrochemical plants. ExxonMobil has invested some $20 billion into chemical and refining facilities along the U.S. Gulf Coast. Royal Dutch Shell is constructing a sprawling new plant in Pennsylvania, one of the largest in the world of its kind. All told, the industry is planning to spend $400 billion on new petrochemicals plants and equipment, according to a recent estimate.

It is an audacious bet for an industry whose market value has underperformed every other industry over the last decade, as measured by America’s S&P 500. But increasingly the forecasts underpinning it are drawing scrutiny.

Joining a small but growing number of voices skeptical of robust future demand growth for plastics, London-based think tank Carbon Tracker this week released one of the most detailed arguments yet for why the oil sector’s bet on petrochemicals could backfire, saddling it with tens of billions in stranded assets. The report draws on expert contributions from two analysts at London-based SYSTEMIQ, including a plastics expert formerly with McKinsey.

The report argues that a rising tide of tightening government regulations, environmental awareness, and technological innovations to reduce plastic use and boost recycling rates will put an end to plastic’s seemingly interminable growth. Far from the unstoppable 2-4% annual demand growth the industry and the IEA expect, global plastic demand growth could well slow to just 1% per year and peak as soon as 2027, argues Carbon Tracker, which specializes in identifying financial risks related to climate change.

If the think tank is right, the risks for oil companies are grave. Prices for petrochemicals already are lagging, and over-capacity will depress their margins even further. “The petrochemical industry already faces huge overcapacity, but is planning to spend a further $400 billion on…new capacity,” the authors write. “Unless stopped, this will result in continued low prices and stranded assets.”

In line with similar such estimates, the authors calculate that each tonne of plastic produced imposes a cost on society — what economists would call an “externality” — of $1,000. The cost is borne in various ways: air pollution from the production as well as incineration of plastic; the collection and sorting of plastic waste, at a cost of some $327 per tonne; ocean clean-up efforts; and the carbon dioxide emissions themselves, which hasten atmospheric warming. More than 400 million metric tonnes of plastic are produced around the world each year — equal to the weight of around 1,000 Empire State Buildings — bringing the total estimated externality cost to $350 billion annually.

The report calls for transferring these costs onto producers by taxing them, which would create an incentive to recycle more existing plastic and reduce waste. Currently, 36% of all plastic is used once and thrown away, 40% ends up in the environment, and only 5% of plastic is really recycled, the report says.

Kingsmill Bond of Carbon Tracker, one of the authors, stressed that they are not inherently against plastic. “We didn’t write this report as an attack on the oil industry.”

Still, forecasts by such formidable players as the IEA — a respected provider of energy intelligence — and BP are not to be dismissed lightly. Reached for this story, academics and consultants with expertise in petrochemicals said it would take more than just one report to dislodge the view that “peak plastics” won’t be reached for some time yet.

“I do believe that there is a very real possibility that changes in household behavior and tightening environmental policies around the world will indeed depress the growth in virgin plastic demand,” said Roland Geyer, a professor and widely cited authority on plastics production. (Geyer helped Carbon Tracker pull together some of its data.) But Geyer also cautioned: “I would argue that BP’s and Carbon Tracker’s assessment probably both have elements of wishful thinking.”

Others were more dubious, including Alan Gelder, vice president for refining, chemicals and oil markets at Wood Mackenzie, a consultancy. “The growing use and greater penetration [of petrochemicals] is unlikely to stop, as natural alternatives often have poorer life cycle emissions,” he said.

The Carbon Tracker and SYSTEMIQ analysts do not take a sledgehammer to the industry’s forecasts. Instead, they poke holes.

They note, for example, that the IEA’s central plastics output forecast to 2040 doesn’t include a material increase in the recycling rate or much significant regulatory or technological change — a striking omission, given rising environmental concern. What is more, the IEA observes that the case for robust future plastic demand rests on rising consumption in developing nations, even though there is growing concern about plastics there, too, which has led to anti-plastics legislation. Kenya banned plastic bags in 2017, and late last year India came close to outlawing all single-use plastics, including cups, plates, bags and bottles, by 2022.

“The industry is planning to double capacity in the next 20 years and society wants to cut demand,” said Bond, referring to polls by IPSOS that have shown that 70-80% of people want to take “radical action” on plastic over-production. “Something has to give.”

How could the oil world’s preeminent forecasters have missed these signals? One major oversight, Carbon Tracker says, is that technological solutions to curbing plastic production are now widely available, just waiting to be noticed, and they are finally being deployed at scale. Some are new, but most are old and mundane: replace packaging materials with recyclable substitutes; extend the lifetime of household goods; convert more plastic waste back into raw product; and so forth.

“I cannot, hand on heart, point to one piece of technology and say, ‘That’s the answer,’ which I can do with electric power,” Bond said. And yet, unlike in the past, governments are now implementing these ideas with seriousness, spurred to action by growing concern over the environmental costs of proliferating plastics and associated greenhouse gas emissions.

Europe and China’s governments are taking the most decisive steps. In Europe, a ban on single-use plastics passed by the European Parliament in March 2019 will come into force in 2021, and all plastic packaging must be recyclable after 2030. China in 2018 closed its industry for importing and processing foreign plastic waste, a move that may have overwhelmed recycling capacity in other countries but signified the country’s grand ambitions to reduce waste. Meanwhile, in 2019, nearly every country in the world last year signed on to a United Nations pact that legally binds them to reduce pollution from plastic waste.

For the moment, the COVID-19 pandemic has scrambled everyone’s outlook. Petrochemicals demand is expected to retreat this year, just as it did after the 2008-9 financial crisis, but the longer-term impacts aren’t yet clear. “It’s too early to tell,” said Gelder. “Much depends upon the trajectory of economic recovery.”

Eventually, however, the usual drivers will kick in: consumer preferences and government action. Carbon Tracker reckons that the former is increasingly informing the latter, and that oil companies will be left in the lurch.

Correction: Carbon Tracker’s report includes expert analysis by SYSTEMIQ’s plastics experts but they are not co-authors of the report, as originally stated. Information supplied by Carbon Tracker initially identified SYSTEMIQ as a co-author.